CJEU judgment on migrants without significant consequences. Poland’s objection has led to a change in the EU policy

The matter of relocation of migrants in the European Union raises much controversy. In one of the last judgments, the EU Court of Justice recognised a complaint by the European Commission against Poland, Hungary and the Czech Republic, in which they were accused of not specifying the number of people that could be relocated to their territories on a regular basis. This judgment will most likely bear no significant consequences, as the decision of the Council of the European Union in this case has lapsed. The objection of Poland, Hungary and the Czech Republic prevented those countries from compulsory migrant relocation, and the EU has changed its migration policy. The right of the Member States to conduct their policies regarding internal order and security with sovereignty stems directly from the Treaty on the Functioning of the European Union.

Article 72 of the Treaty, to which Poland, the Czech Republic and Hungary referred, introduces the maintenance of law and order and the safeguarding of internal security. The aim of this provision is to clearly state that the EU does not encroach on the Member States’ responsibilities in two areas – law and order and internal security. Poland and Hungary rightly pointed out that Article 72 applies to decisions – secondary legislation – introducing the disputed relocation mechanism.

However, the Court concluded that the mechanism laid down in the decisions is sufficient to ensure the internal security of the Member States and therefore they should use these procedures instead of invoking the clause in Article 72 of CJEU. This means that a provision of a secondary act limits the scope of EU primary law and the exclusive competences of the Member States. It indicates the specific way in which a Member State can ensure law and order and internal security in this particular situation.

Importantly, the action of Poland, Hungary and the Czech Republic was political in its character. It was an objection against the mechanism of compulsory taking in of migrants by all Member States of the EU. For this reason, these countries avoided the mandatory taking in of immigrants to their territories. Moreover, their objection has led to the EU backing out from maintaining the mechanism of compulsory relocation by the Member States.

‘The EU Court of Justice ruled that Poland, Hungary and the Czech Republic broke the law by not providing regular statements on the number of people applying for international protection who could be quickly relocated to their territories. This judgment will most likely bear no further significant consequences or have practical importance for the three countries, as the decision of the Council of the European Union on relocation has expired. However, the stating of infringements against a Member State by CJEU may be relevant to the determination of the basis for any liability of a Member State for damages for infringement towards the other Member States, the EU or other units, while the decisions in question were in force’ – emphasises Łukasz Bernaciński from Ordo Iuris Legal Analysis Centre. 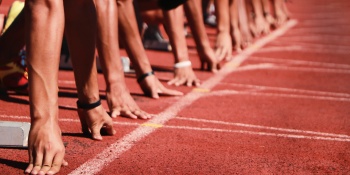 The European Commission intends to launch the first LGBT Equality Strategy, whose aim will be to promote the LGBT ideology in Member States. The Strategy will contain demands, among others granting same-sex cohabiting couples with the privileges of married couples, including adoption. 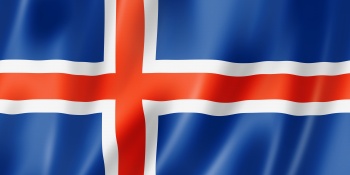 Strasbourg Court strikes at freedom of speech. The fine for the criticism of ideological classes is maintained

The European Court of Human Rights rejected the complaint of the Icelandic citizen sentenced to a fine for the criticism of the introduction of classes promoting the LGBT ideology in schools.