The UN Human Rights Council has drafted a resolution to eliminate discrimination against women and girls in sport. The draft was to be proceeded with at the 45th regular session of this body, which ended on 7 October, but it was eventually abandoned and not adopted. This text is a manifestation of the UN’s overall strategy, the essence of which is to promote gender ideology in society. Contrary to the expected solutions, which aim to counteract inequalities in competition, the document contains a number of demands which contradict the principle of non-discrimination and the idea of fair play. According to its authors, athletes should be able to participate in competitions in accordance with a subjective perception of their own gender. A situation in which biological men would take part in female competitions would be discriminatory towards women. The Ordo Iuris Institute has prepared an analysis on this matter.

The content of the draft resolution largely refers to the provisions of the report of the United Nations High Commissioner for Human Rights on discrimination in sport on the grounds of race and gender drawn up in June 2020 (A/HRC/44/26). The gender ideology pushed through in both documents assumes that gender can be freely defined by humans, without objective biological criteria. In the context of sporting competitions, this means that there should be no division into male and female categories based on a distinction between biological sex, but players should be able to compete in a given category according to their perceived identity as either male or female. This approach therefore implies the possibility for women to participate in male competitions and vice versa. At present, the abovementioned situations are acceptable, however, with the fulfilment of certain conditions set by sports organisations.

The problem of players participating in sports competitions according to the assumptions of gender ideology applies in particular to persons with M/F transsexual tendencies, i.e. biological men with a perceived female identity. Such persons must meet the criteria laid down by the International Olympic Committee and World Athletics, concerning mainly the maximum permitted level of testosterone in the blood. The introduction of certain rules governing the possibility of men competing with women is a necessary minimum, due to the natural physical advantage of male competitors over female competitors. However, domination is not only dictated by the level of male hormones in the blood, but also by anatomical differences between men and women, for example in muscle structure or the functioning of the circulatory and respiratory systems.

In this context, particular reservations may be aroused by the call contained in the draft resolution and also in the UN High Commissioner’s report for the removal of all barriers to the participation of people struggling with transsexualism in sports competitions. Implementing this call would be tantamount to denying women the opportunity to compete equally. The already existing guidelines of sports organisations are discriminatory towards female athletes, because they do not take into account anatomical differences resulting from the sexes. However, abolishing them would lead to an escalation of the problem of inequality and discrimination against women in sport, who would be forced to compete with men.

‘The solutions proposed in the documents of the High Commissioner and the UN Human Rights Council are contrary to the principle of non-discrimination and distort the idea of fair play. Their introduction would violate the provisions of international instruments prohibiting discrimination on the basis of biological sex, including, in particular, the Universal Declaration of Human Rights and the Convention on the Elimination of All Forms of Discrimination against Women, to which the draft resolution explicitly refers’, emphasises Katarzyna Gęsiak, an analyst at the Ordo Iuris Centre for International Law. 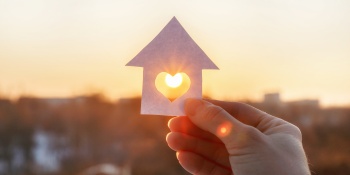 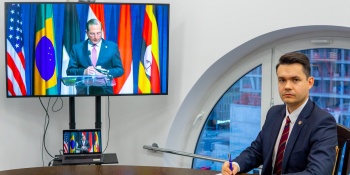