LGBT activist Bartosz Staszewski once again placed deceitful signs informing about the alleged 'LGBT-free zones' at the entrances to the villages where pro-family resolutions were adopted. Previous initiatives of this kind undertaken by the activist were met with a reaction from the Ordo Iuris Institute. Lawyers have notified the Police about Staszewski's misdemeanour pursuant to Article 85 § 1 of the Petty Offences Code. However, the Police refused to submit requests for the punishment of the activist to the court. The Institute lodged complaints against the decision of the Police. Staszewski's deeds contributed to the creation of a harmful image of Poland and pro-family local governments, in particular in foreign media.

The case concerns four villages in the Lublin Voivodeship. Bartosz Staszewski placed signs with the words 'LGBT-free zone' in four languages on the roads signs indicating the entrance to villages. The authorities of these local governments have previously adopted resolutions opposing the promotion of LGBT ideology.

The activist announced his initiative via social media. Bartosz Staszewski also posted photos documenting the deeds committed. In March 2020, The Ordo Iuris Institute notified the Police about the possibility of committing a misdemeanour under Article 85 § 1, providing for a fine, restriction of freedom and arrest for such offences as, for example, the unauthorised placement of road signs. However, the Local Police Departments did not decide to submit requests for the punishment of the activist to the courts, arguing that the deed had allegedly not been committed, despite its documentation in the media. The Ordo Iuris Institute lodged complaints against these decisions, demanding that the evidence is taken once again.

Bartosz Staszewski repeated his actions by placing the same signs on the road signs at the entrances to Istebna and Łososina Dolna. The authorities of these villages have also implemented pro-family resolutions. The document adopted in Istebna opposes the provisions of the Warsaw's 'LGBT Declaration' which restrict freedom of speech, the right of parents to raise their children according to their beliefs and lead to the sexualisation of children. The resolution makes no reference to homosexuality or people with such tendencies. The Supreme Administrative Court has not yet expressed its opinion on the document. Earlier, most courts upheld similar resolutions of local authorities and treated them as an expression of the freedom of speech and of the political freedoms of local authorities.

The previous initiative of Bartosz Staszewski echoed widely throughout Europe. The post containing false information about the alleged 'LGBT-free zones' was shared by, for example, MEP Guy Verhofstadt. The photographs published by the activist contributed to the creation of a false and harmful image of Poland, and in particular of the local governments, in which pro-family resolutions were implemented.

'Once again, Bartosz Staszewski is misleading the foreign public opinion through his social media by repeating false information about the existence of the so-called "LGBT-free zones" in Poland. I would like to remind everybody that the same activist was spreading lies about the activities of Polish law enforcement agencies and courts by spreading a yet another false information. Namely, that Michał Sz., a.k.a. "Margot" was temporarily detained for hanging a rainbow flag on the statue of Christ at Warsaw's Krakowskie Przedmieście (one of the most representative streets of Warsaw). In reality, the activist was arrested for attacking a truck driver of the Foundation PRO-Prawo do życia (Polish for: 'The Right to Life'). The Institute's lawyers will take all legal actions available to oppose manipulation and false information regarding pro-family initiatives in Poland. We will also provide legal aid to all the local government units that have been defamed by the dissemination of information about the existence of the alleged "LGBT-free zones". - says Counsel Bartosz Lewandowski, Ph.D., Director of the Ordo Iuris Centre for Process Intervention. 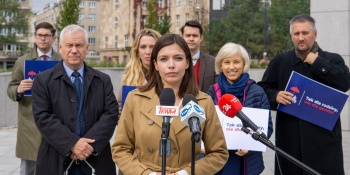 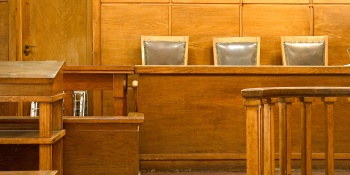