On Thursday, 12th November 2020, Ordo Iuris Institute hosted the Defending Women’s Rights Conference, opening the series of periodic debates. Two panels, which opened the whole cycle of discussions concerning this subject, dealt with the issue of political and doctrinal context of the discussion on women’s rights, also mentioning the topic of women’s right to health. The main target of the Conference was analyzing the problem of women’s rights in a non-ideological way. The guests of the conference, who act for women and family all around the world, pointed out that symptoms of real discrimination and exploitation of women are nowadays falsely regarded as women’s rights. The concept of women’s rights is used in an ideological way and in effect it does not focus on real problems faced by women on day-to-day basis. Therefore, the debate about women’s rights overlooks the key issues which require developing effective solutions for improvement of the situation of women.

The guests at the Thursday’s debate were: Prof. Chantal Delsol, French philosopher, political historian and novelist, founder of the Hannah Arendt research institute; Prof. Angela Gandra, Secretary for the Family at the Ministry of Family and Human Rights in Brazil, lawyer and attorney, professor at Universidade Presbiteriana Mackenzie; Gabriele Kuby, German writer and sociologist, author of the book entitled ‘The Global Sexual Revolution: The Destruction of Freedom in the Name of Freedom.’; Maria Madise, International Director at Society for the Protection of Unborn Children; Sharon Slater, President at Family Watch International (US); Valerie Huber, Special Representative for Global Women’s Health at U.S. Department of Health and Human Services Laetitia Pouliquen, Director at NBIC Ethics and Woman Attitude, author of Women 2.0 – feminism and transhumanism; Alix Lejard, since 2015 the delegate to the European Parliament for the French NGO Femina Europa; Justyna Melonowska PhD, Doctor of philosophy, psychologist, head of the Laboratory of the Philosophy of Education at the Academy of Special Education in Warsaw and Dorota Bojemska, Chairwoman of the Family Council at the Ministry of Family, Labour and Social Policy, activist for the defense of the family, mother of eight children, member of the Program Council of the Association of Large Families 3+.

In the opening speech Prof. Chantal Delsol raised the issue of rights in the context of terminology and granting them. According to her, the reason of the conflict we face nowadays is the excess of rights and freedoms, originating from the faulty belief, that everybody can do anything they want. Rights should be based on their character and value, not on a mere caprice. But, unfortunately, the second attitude is quite common nowadays and leads to a situation when rights are just a tool meant to protect narcissism and selfishness. What is more, Prof. Delsol denies the correctness of the thesis “My freedom ends, where the freedom of another human being begins”. She stresses that such attitude can lead to escalation of narcissism. In fact, our freedom should end where it is dictated by the limits of our responsibility. This is the only way to act against narcissism and selfishness. Another important issue is that nowadays people do not accept and appreciate the differences between men and women. It is commonly denied that these differences are a natural aspect of our lives and should be regarded as a possibility to accomplish ourselves through individual traits.

Prof. Angela Gandra mentioned the subject of differences between men and women in a similar way. She stated, that the natural need and calling of a woman is to be a mother, but of course, for many reasons, it cannot always be accomplished in the biological sense. However, it is all about the natural mission of a woman, which is her instinctive inclination to care for others. This mission has the essential meaning for the whole society. Sometimes accepting the child which comes in difficult circumstances is a part of that mission. It is therefore a life lesson, for we can learn how to love better. Prof. Gandra pointed out that the world needs this way of thinking about the role of a woman and that it is essential to provide help, so that women can realize this mission freely. However, it is important to emphasize that abortion can never be regarded as the kind of help women need, as it is neither a right, nor a good of any kind. The first human right is, without doubt, the right to life.

During the Conference there were many references to the subject of abortion. There is a popular tendency to call abortion a human right – or a women’s right. However, this is not the narration recognized by international law and, without doubt, there are many premises, to never raise abortion to such a rank. Gabriele Kuby, along with Prof. Gandra, emphasized that abortion has been made so widely popular because people attempt to escape the consequences of the sexual act. Large corporations, which are developing the abortion industry, are taking advantage of that. Their actions are not driven by empathy, nor by an authentic interest in women’s rights – their only interest is financial profit. The oversexualization of society, which lies in the roots of abortion’s prevalence, also manifests itself through exploiting the image of a women for pornography and through weakening relationships. What naturally follows from the latter is the lack of responsibility – both for the other person and for the new life which may be conceived in the relationship.

Nowadays, especially in Poland, due to the decision of the Constitutional Tribunal of Poland, which abolished the eugenic premise for abortion – the possibility of terminating the pregnancy on basis of child’s disability ­– seems to be an especially sensitive issue. Maria Madise pointed out that there is research which indicates that women who aborted a disabled child often face immense trauma. It arises from the consciousness of having abandoned their child when it needed them the most. However, the media does not tell the truth about abortion –showing neither what it really looks like nor its consequences. As Gabriel Kuby has noted, the aspect of brutality of abortion is ignored in the public discourse, despite the fact that both surgical and medical abortion poses a threat to life and health of the mother. Women often suffer from the post-abortion syndrome which leads to insomnia and anxiety disorders. Abortion also increases the risk of committing suicide and the risk of breast cancer.

At the same time it is important to note that easy access to contraceptives does not make women decide to have abortion less often. The very opposite of such relation may be observed in France, where the access to abortion is being continually increased and the law actually forbids opposing abortion.

Moreover, it is not true that abortion is a better, painless solution for the disabled child in mother’s womb. Some women say that during the abortion they felt their child moving rapidly and fighting for its life.

As we can therefore see, the main problem of the modern world in the area of women‘s rights is that people do not take into account the real needs of women. The public is manipulated into regarding the things which are the source of the worst trauma as their “rights” and “freedoms”. This is why women seek being equalized with men, at the same time losing the awareness of their very own, extremely important role. This is the main reason for organizing events such as our Conference, which aim to change the approach towards women, so they can act upon their rights which are truly due to them given their mission in the world. 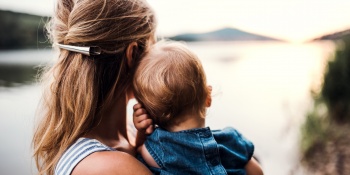 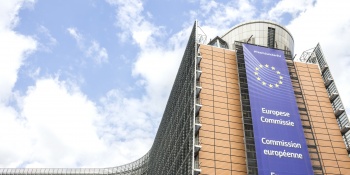 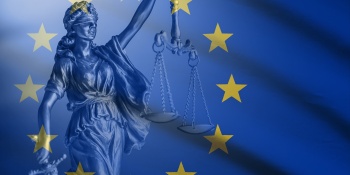