The Constitutional Tribunal's ruling on eugenic abortion became one of the topics of an analysis of the Committee on Women's Rights and Gender Equality (FEMM), which is a committee of the European Parliament. The document contains a lot of false information, refers to data which is not supported by any reliable sources, and even includes descriptions of events that never happened. Its authors use, inter alia, the term “the right to abortion”, which is not sustained by international law. The analysis also includes statements about the alleged “abortion regime” in Poland. The Ordo Iuris Institute prepared a memorandum concerning this matter to MEPs and the FEMM Committee.

The document is entitled “Access to abortion services for women in the EU. In-depth analysis”. This is not the first time that the EP has published an act intended to give the impression that it is a result of an in-depth analysis when, in fact, it is an illegitimate attempt to place ideological pressure on Member States.

The entire “analysis” is based on the authors' assumption that abortion is a human right. They even say that access to abortion is “critical” to human rights. Meanwhile, international law does not include the concept of “the right to abortion” at all and such term does not appear in any binding act. This is not a coincidence – various states have repeatedly opposed the idea of introducing the "right to abortion" into international law. However, there is a document which was drawn up at the end of the 1994 Cairo International Conference for Population and Development, which clearly states that abortion cannot be promoted as a method of contraception and that states should take steps to reduce the number of abortions[1]. Polish regulations also do not provide “the right to abortion”, on the contrary – they protect every person from the moment of conception[2]. It is also worth noting that on the day when the Constitutional Tribunal issued the high-profile ruling, dozens of states (including those belonging to the EU) directly opposed attempts to perceive abortion as a human right by signing the Geneva Consensus Declaration[3].

The use of an imaginary “right to abortion” in the analysis leads to the impression that states whose legal order protects life violate international law. Authors of the document should be reminded that regulations related to both the abortion, which takes lives of the unborn, and legally protecting their life are an exclusive competence of the EU Member States. Any attempt to influence these regulations and especially undermine them is unacceptable. The European Commission has repeatedly confirmed that EU Members States' decision on this issue is exclusive and sovereign [4]. Nevertheless, in the analysis published by the EP, the Polish law, which protects life, was described as one of the most “restrictive abortion regimes in the EU” and the recent ruling of the Constitutional Tribunal on abortion is assessed as a dangerous step leading to introducing unspecified “coercive measures”.

The part of the analysis devoted to Poland gives the impression of a collage of rumours and sensational headlines. We read, inter alia, that recent events related to the extension of life protection were a result of the Government's processing of a project submitted by a group of citizens who are – as the authors of the analysis eloquently point out – Catholic. Of course, in recent years such projects have appeared in the Polish parliament many times, and indeed one of them is currently “frozen” in the parliamentary committee, nevertheless, contrary to what is said in the analysis, the events that recently took place in Poland were not related to the said project. It is also worth noting that the statement that all of the 830,000 citizens who signed up this project were Catholic is very risky. Respect for the value of life from the moment conception and opposition to the cruel deprivation of life of the sick and defenceless results not only from the Catholic faith, but also from the inherent human dignity and civilization standards developed throughout history and reflected in the applicable national and international law. A lack of understanding of the events that took place and are taking place in Poland is extremely visible in this attempt to merge completely unrelated events and calls into question the credibility of all other theses contained in the analysis.

In the context of Poland, the authors of the document provide two more pieces of false information. Firstly, without giving any reliable source, they indicate that the actual number of abortions performed by Polish women annually amounts to 150,000. This data is not confirmed by sources and are the aftermath of the Federation for Women and Family Planning (FEDERA) report published a few years ago. In this report, FEDERA reported that Polish women perform 150,000 illegal abortions per year; however, neither the source of this information nor the methodology for obtaining such data was given. Krystyna Kacpura, director of FEDERA, has been repeating for years that this number results from the foundation's “estimates”. Authoritative and reliable data is provided by NFZ statistics from 1997, when the amendment of the Act on Family Planning was in force for almost a year [5], allowing for the so-called abortion “on request”. At that time, 3,047 abortions were registered, and 2,524 of them were carried out due to “difficult living conditions or the difficult personal situation of a pregnant woman”. The topic of the crime of abortion, commonly referred to as the “abortion underground”, has a strong influence on the social attitudes and the pro-abortion community, which often inflates its estimates, is willing to use it in order to make society consent to legalise abortion.

Moreover, the authors of the analysis indicate that in Poland “only” about a thousand legal abortions are performed annually. In the context of the above-mentioned document adopted in Cairo, where the states undertook to limit the number of abortions and, taking into account the EU's lack of competence to intervene in any way in the legal regulations related to the protection of life in the Member States, the tone of this statement should be strongly opposed.

Secondly, the document contains a reference to the citizens' project “Stop paedophilia”. The authors of the analysis say that the project aims to introduce criminal sanctions for conducting sex education, and they go even further, stating that educators will be liable to a penalty of imprisonment of 3 years. Of course, neither of these revelations is confirmed by the facts. The “Stop paedophilia” project prohibits not sexual education, but specific behaviours, i.e. encouraging and persuading children to have sexual intercourse and engaging in other sexual activities (such as e.g. masturbation). It is the “encouragement and persuasion” that is punishable by imprisonment, not the education itself. The project does not deal with the topic of sex education at all, it only – in line with its title – aims to stigmatize paedophilic behaviour.

The Ordo Iuris Institute sent a memorandum to the FEMM Committee and MEPs, in which we point out that the authors of the analysis exceeded their competences and that it is necessary to correct a number of false or incorrectly presented items of information and events. 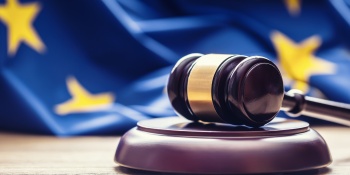