Ordo Iuris has been granted consultative status with the UN

The UN Economic and Social Council has granted special consultative status to Ordo Iuris. It allows the Institute to undertake a series of activities at the UN forum, including consultation, direct involvement in the work of the Council, and also verification of its activities and implemented solutions.

The special consultative status with the Economic and Social Council (ECOSOC), granted in late April, upon recommendation of UN Committee for NGOs, will allow Ordo Juris to more effectively participate in the works undertaken by the Council at every stage of their implementation.

The granting of consultative status and the fact that a relatively young organization is among entities such as the European Center for Law and Justice and the Alliance Defending Freedom shows that Ordo Juris rapidly joined the world's leading organizations affecting the work of the United Nations in the field of social affairs. Karina Walinowicz, analyst at the Ordo Juris Institute, remarked that this status will make it possible to significantly intensify the activities of the Institute in the international forum.

The consultation status is based on Article 71 of the UN Charter and Resolution of the Economic and Social Council 1996/31 adopted on 25 July 1996. Consultative relations with NGOs enable the Council or its bodies to seek specialized information or advice from organizations with specific competences in a given field.

The granted status guarantees the Institute the possibility of fuller monitoring of planned ECOSOC activities, as well as involvement in the work of the Council and its bodies through, inter alia, provision of expertise and analysis, and advisory and consultative functions for the Member States and the UN Secretariat. It also allows observers to attend meetings of the Council and give opinions on its activities by issuing oral and written statements. In addition to advisory and consultative functions, the Institute may also participate in the implementation of plans of action, programs and declarations adopted by the UN. Consultation status also allows cooperation with the United Nations Secretariat, programs, funds and UN agencies.

Consultative status is an important instrument in the struggle for key values such as protection of life at every stage of its development or protection of the identity of marriage, which are undertaken by Ordo Iuris lawyers on everyday basis. It is also an important complementation of our formal accreditation at the European Parliament and the activities of our Brussels office. Joanna Banasiuk, Vice President of Ordo Iuris stated that consultative status at ECOSOC is a powerful illustration of the unprecedented activity of the Institute in the international arena.

Economic and Social Council (ECOSOC) was established in 1945 as one of the six main UN bodies. It deals with economic development, social issues, culture, education, health, respect for human rights and fundamental freedoms. The Council conducts, develops or initiates research on economic and social development. It prepares reports, draft conventions for the General Assembly and recommendations for Member States and the United Nations system. It consults with governments, civil society organizations, cooperates with non-governmental organizations, representatives of the business sector, science and the academia. 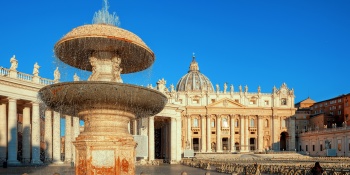 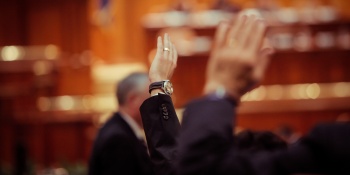