The WHO aims to promote abortion and sex education, Poland remains silent

The World Health Organisation has been striving to pass an international abortion right and undermine the primary role of parents in the upbringing and education of children for years. A High-Level Meeting on universal health insurance that will be held at the end of September may prove to be an excellent opportunity to do that. The UN summit in Nairobi that will take place in November is also supposed to facilitate that goal. So far, the Polish authorities have yet to react to these activities by international organisations.

Many organisations operating under the UN agenda use the rather vague term of “sexual and reproductive health and rights” in order to promote abortion and sex education. To this end, they unlawfully use the provisions of the Programme of Action Adopted at the International Conference on Population and Development in Cairo (1994), according to which abortion cannot be promoted as a family planning method, but rather should be conducted in a “safe” manner wherever it is already legal (point 8.25). They postulate the universal legalisation of killing unborn children by indicating that it is the only way to ensure that abortion procedures are indeed “safe”. Concurrently, they promote sex education that exposes children to sexualisation from an early age while also demanding that the requirement to obtain parental consent for access to abortion and contraceptives by teenagers be abolished.

Such actions violate the international treaty law, which requires that the life of every person be protected, with this protection applying from the moment of conception (art. 6 in connection with the Preamble to the Convention on the Rights of the Child), and stresses the vital role of the family, as well as the primary role of the parents in raising children (art. 26 of the Universal Declaration of Human Rights, art. 16 par. 4 of the International Covenant on Civil and Political Rights, art. 14 pt. 2 of the Convention on the Rights of the Child). They also pose a threat to the Polish constitutional order (art. 48 par. 1 and art. 53 par. 3 of the Polish Constitution, art. 96 of the Family and Guardianship Code).

In recent months, the United States has taken measures to build a coalition of countries opposing the activities by the pro-abortion lobby and other organisations striving to undermine the important role of the family. Such countries as Egypt, Brazil, Ghana and Haiti have already joined this coalition. In July this year, the US Secretary of State, Michael Pompeo, and the US Secretary of Health, Alex M. Azar II, sent a letter to the Polish Minister of Foreign Affairs and the Minister of Health regarding the threats that may emerge in connection with the High-Level Meeting on universal health insurance and encouraged Poland to begin cooperating with them on this issue at the UN forum.

“Unfortunately, the position of the Polish government on this matter is still unknown. Expressing strong opposition to the inclusion of ‘sexual and reproductive health and rights’ in the universal health insurance during the High-Level Meeting is all the more important in the light of the UN Summit in Nairobi, which will take place between 12 and 14 November. Its organisers have pointed out that it is meant to be a “turning point” in promoting this concept on a global scale” - Karolina Pawłowska, an expert of the Ordo Iuris Institute, said. 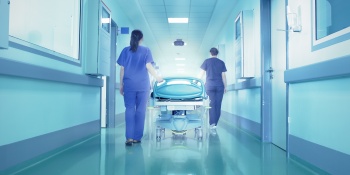 There are ongoing proceedings at the European Court of Human Rights against Poland, initiated by an application from a woman who was refused an abortion by Doctor Bogdan Chazan.