With a population of 16 million, Guatemala confirms its position as the leader of the Americas in the protection of human life at the prenatal stage of development. Abortion has been forbidden for 45 years by the provisions of the Criminal Code (guaranteeing the possibility of saving the life of a mother), and for 33 years, Article 3 of the Guatemalan Constitution has been protecting life from conception. Instead of repealing good law, which is demanded by the international abortion lobby, Guatemalan parliamentarians are seeking to improve it by passing a new act on the protection of life and family, which increases the level of criminal law protection of conceived life, protects the unique status of marriage and prohibits the spread of abortion propaganda and the gender ideology. This also shows that the mythical "pendulum effect" does not work.

On 22 and 28 August 2018, the Parliament of Guatemala had the first two readings of draft law no. 5272 (act on the protection of life and family)[1]. The third reading is about to take place soon, and President Jimmy Morales[2] has already announced his support, stressing that ‘Guatemala and our government believe in life, believe in a family based on the marriage of a man and a woman’. On Sunday, 2 September, in the streets of Guatemalan cities, 150,000 people expressed their support for the draft law by participating in the Marches for Life[3], the largest of which took place in the capital, at the Constitution Square, gathering representatives of the Catholic Church, Evangelical churches, Jewish communities and other religions. The Assembly was accompanied by Apostolic Administrator, acting as Archbishop of Santiago de Guatemala, Bishop Raúl Antonio Martinez Paredes, who called on parliamentarians to protect the life from the moment of conception. Aída Lorenzo de Juárez,

The draft law on the protection of life and family was submitted to the legislative committee of the Congress on 27 April 2017. The proposers are represented by Aníbal Estuardo Rojas Espino, MP, the head of the centre-right Vision with Values party (ViVa) and the chairman of the Committee on Women's Affairs. Pastor Marco Antonio Rodriguez Perez, leader of the Guatemalan Evangelical Christians' association, submitted a draft of the new law in March 2017 on the basis of the right of petition guaranteed by Article 28 of the Constitution; 28 826 Guatemalan citizens signed it[5]. The authors justify their initiative with the need of more comprehensive implementation of Articles 1 and 3 of the Guatemalan Constitution of 1985,[6] according to which a human being, family and human life from conception are protected by the state. In their opinion, these norms have so far been violated or denied on the territory of Guatemala by certain minority groups with strong support of international organisations, questioning Christian morality, the right to life and the natural order of marriage and family. The initiators also recall, among others, Article 23 of the 1966 International Covenant on Civil and Political Rights and Article 17 of the 1969 American Convention on Human Rights, which define family as a natural and fundamental social unit, guarantee its right to protection by the society and the state, and recognise that the right to marry and found a family is vested in men and women of marital age.

The draft law consists of 21 articles. Chapter II (Articles 3-13) repeats constitutional provisions on the right to life and amends Articles 133-140 of the Guatemalan Criminal Code from 1973[7]. The definition of abortion provided in the Code, instead of "death of the product of conception” (la

The draft law retains the provision of Article 137 allowing for the deprivation of life of an unborn child when the life of the mother is endangered and the procedure is not aimed directly at depriving the child of life. However, the group of people who can perform the procedure is limited: from now on, it can only be done by a gynaecologist (until now, it could be any doctor) after approval by two other gynaecologists (until now, one doctor with any specialization was sufficient). The provisions of Article 139, which states that abortion attempted by the mother is not punishable, are also maintained. Article 140 increases the limits of penalties for doctors participating in abortion: from 500-3000 quetzals (approx. 66-400 USD) to 50,000-200,000 quetzals (approx. 6,500-26,000 USD) and from 2-5 years of prohibition of professional activity to 10-20 years.

A new Article 141-bis of the Criminal Code is introduced, criminalising the promotion of abortion or the provision of means to carry it out (whether publicly or privately, directly or indirectly, alone or through third parties, for profit or not), for which penalties of 6 to 10 years' imprisonment and fines of 50,000 to 100,000 quetzals are foreseen.

Chapter III (Articles 14-18) is devoted to the protection of family and marriage. Article 14 distinguishes in the catalogue of subjective rights the right of a child to live in a family and to be brought up by a mother and a father. Article 15 reaffirms the right of parents to raise their children in accordance with their own beliefs and prohibits the promotion or imposition of sexual diversity and the gender ideology (ideología de género) and 'sexual behaviour other than heterosexuality’ (conductas sexuales distintas a la heterosexualidad) on children and adolescents. Articles 16 and 17 of the Act amend Articles 78 and 173 of the Civil Code, excluding the possibility for transsexuals to marry or enter into civil unions - they may only be entered into by a man and a woman “by birth” (así nacidos). Article 18 extends the guarantees of freedom of speech and expression, distinguishing the right not to accept "non-heterosexual behaviour" as normal. It also confirms that no one may be prosecuted for not accepting sexual diversity or the gender ideology as normal, provided that this does not violate any legal provision or threaten the life, integrity or dignity of persons or groups manifesting behaviours or practices other than heterosexuality. The draft defines sexual diversity as "a set of beliefs, trends and practices through which certain groups in society adopt sexual behaviour other than heterosexuality".

Article 19 obliges public officials representing Guatemala in international relations to adhere faithfully to the principles and standards established by law as the official position of the state with regard to life, family, childhood and adolescence, and marriage. Acts performed in violation of this provision shall be considered invalid.

The adoption of the law will be another example of the Guatemalan authorities' intensive involvement in recent years in efforts to ensure fuller protection of human life from conception. In November 2016, Guatemala hosted the 7th International Congress for Life[8], which brought together 15 speakers and more than 1.3 thousand people from all over the world, involved in the defence of life and family. At the Congress, the Humanity Award was also presented. The laureate was Carlos Polo from Peru, Director of the Institute for Population Research for Latin America[9]. In February 2017, Guatemalan

At the beginning of September, the Committee on Women's Affairs issued a negative opinion on the draft law no. 5376[12] submitted on 3 November 2017 by MP Sandra Morán Reyes (LGBT activist from the Socialist Party Convergencia), which, under the pretext of protecting girls and teenagers from violence, assumed (Article 7) decriminalization of abortion when the mother is under 14 years of age. According to data from the Ministry of Health, 61,686 girls and teenagers were pregnant in 2018 alone, of which 2,102 girls were below 14 years of age. Decriminalization in the case of Guatemala would therefore open up the possibility of killing thousands of children. The Commission also considered it inappropriate to use wording such as 'forced maternity' (maternidad forzada). The author herself acknowledged that the provision was too controversial and has decided to remove it from the draft[13] , but has not done so in the self-amending procedure required by law[14], which has led the Commission to oppose the draft law as a whole.

International feminist or LGBT[19] activist organisations, known to promote abortion killing of children as allegedly guaranteed by international agreements, which is not true, are calling for the draft law to be rejected. International agreements underline the need for legal protection of life. According to Human Rights Watch, the draft law is "extremely dangerous" as it would allegedly "violate the rights of women and LGBT people”[20]. Representatives ofAmnesty International[21] - an organisation which in recent years has repeatedly spoken out against the right to life of people at the prenatal stage of development - and LAMBDA have also called for rejection of the draft law.

[21] Guatemala: Discriminatory law puts at risk the lives and rights of thousands of women, girls and LGBTI people, 04.09.2018, https://www.amnesty.org/en/press-releases/2018/09/guatemala-ley-discriminatoria-pone-en-riesgo-la-vida-y-los-derechos-de-miles-de-mujeres-ninas-y-personas-lgbti/ (accessed: 18.09.2018). 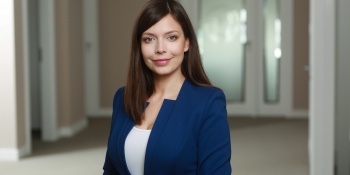