The Nairobi Summit marks the 25th anniversary of the International Conference on Population and Development (ICPD) in Cairo of 1994. For this reason, it is necessary to briefly present the Programme of Action adopted by the Conference, and the political and ideological context of its adoption. The Cairo Conference was the third and so far the most important of all the Conferences on Population. They were convened in association with the expected threat of overpopulation and the need to slow down the rate of natural increase. The key role in achieving that goal was to be played by a concept of the universal right of individuals to family planning. It is worth noting that, in accordance with the idea of the Bucharest (1974) and Mexico (1984) Conferences, promoting equality of women was mainly supposed to be a tool in the combat against the problem of overpopulation since, as it was noted, there existed a positive correlation between the equality of women and a drop in the number of births.

The Cairo Conference went one step further, introducing to the official international discourse the terms of reproductive health, sexual health and reproductive rights, which are much broader than the right to family planning. Moreover, as a result of the latter Conference, feminist circles have replaced populist ones as leaders in promoting postulates associated with controlling human fertility. The document that crowned the Cairo Conference was preceded by heated discussions. Initially it opted for the broad term "reproductive and sexual health and rights" to be included in its scope. Many controversies were also triggered by proposals associated with promoting sex education and preventing "unsafe abortion". Initially, it was also postulated that law concerning abortion should be formulated in the context of female health rather than penal law, and that women who were raped or who became pregnant through incest should always have the right to aborting an unborn child[1] (which de facto means removal of the countertypes that exists e.g. in the Polish law). Finally, following strong objection from the Vatican and its allied States, the postulates were rejected. Instead, the Cairo document stated that "in no case should abortion be promoted as a method of family planning. All Governments and relevant intergovernmental and non-governmental organisations are urged to strengthen their commitment to women’s health, to deal with the health impact of unsafe abortion. Abortion should be prevented to eliminate the need for abortion. Women who have unwanted pregnancies should have ready access to reliable information and compassionate counselling.  Any measures or changes related to abortion within the health system can only be determined at the national or local level according to the national legislative process.  In circumstances where abortion is not against the law, such abortion should be safe” (pt. 8.25). Nonetheless, there were and still are attempts to include the above postulates to international documents of different ranks (Beijing Conference 1995, discussion on Sustainable Development Goals).

The main goal of the Nairobi Summit is to implement the conclusions of the Cairo Conference and Sustainable Development Goals until 2030. According to the Summit's website, it is to be a turning point in terms of achieving universal access to "sexual and reproductive health and rights" as a part of universal health coverage. The following issues will be raised at the summit:

These issues are to be discussed taking into account: gender equality, youth leadership, the key role of states and societies as leaders in accelerating implementation of the ICPD promises, the role of innovation and data and partnership. The Conference is to be based on 12 Commitments that together will help achieve: zero "unconscious need" for family planning; zero preventable maternal deaths, zero gender-based violence and harmful practices against women, girls and youth. These Commitments are to be the pivot of the Summit's final document. It is worth noting that the parties responsible for developing this document on the part of NGOs are, among others, representatives of the International Planned Parenthood or Bill & Melinda Gates Foundation.

An analysis of the possible formula of the Summit's final document should also provide for the course and conclusions of preceding events, listed on the Summit's official website[2]. They include, among others:

– She Decides, 2 March 2019, Kathmandu Nepal – a movement established to commemorate the 25th anniversary of ICPD, whose goal is to ”accelerate progress by changing social and legal standards and unlocking resources"[3]. According to its manifesto, one of its goals is to ensure the right of women to decide whether they want to have children and to access abortion safely[4]. One of the persons involved in the movement is the Director General of the abortion giant International Planned Parenthood Federation (IPPF).

– 63rd Commission on the Status of Women and 52nd Commission on Population and Development – during these events, organised by the UN, the existing terminology used in matters of human reproduction was maintained.

– the Women Deliver Conference, 3-6 June 2019, Vancouver, Canada – a large conference where the main speakers were Justin Trudeau together with his wife. The conference discussed the issue of reproduction, for example, posters were shown promoting abortion "skills" among physicians[5]. The website also presented trends that were discussed during the Conference. They include, among other things, "reproductive and sexual rights, including the right to safe abortion", which are currently "threatened by conservative influences and backlash"[6].

– the G7, 24– 26 August, Biarritz, France, during which the G7 Council for Gender postulated that governments should ensure access to safe and legal abortion to all[7], and introduce a ban on disseminating "untrue information" about abortion[8] and mandatory sex education in schools[9]. Finally, these proposals were rejected at the G7 Summit.

Considering the above clauses, the most problematic and controversial issues may be identified, which will probably appear at the Conference:

It should be noted that both the official website of the Nairobi Conference and most events listed by the organisers as "lead-up" consequently use the term "reproductive and sexual health and rights", which goes beyond the previously agreed terminology.

Although the final document of the Cairo Conference contains a provision that in no circumstances should abortion be promoted as one of the family planning methods, the currently formulated postulates of some UN agencies, as well as circles associated with the organisation of the Nairobi Conference, suggest that work on the document will again attempt to include a universal "right to abortion" in the catalogue of reproductive rights. To this end, a provision will be used, according to which abortion, where it is legal, should be "safe". Using this postulate, the World Health Organization and other UN-related circles lobby for the universal legalisation of abortion, claiming that safe abortion = legal abortion[10]. It should be noted that the problem of abortion is raised in the ICPD not only as part of the general postulates concerning "reproductive health" and "reproductive rights", but also in the context of maternal health. For these reasons, it may be expected that the theme of abortion in Nairobi will be situated in the context of preventable maternal deaths (zero preventable maternal deaths) and the supporters of its legalisation will be using the narrative of "safe abortion"[11]. Also, the most recent documents issued by the WHO postulate adding mifepristone and misoprostol (substances inducing a medical abortion) to the list of essential medicines and promoting the possibilities for independent abortion at early stages of pregnancy[12].

Just as was the case in Cairo and Beijing, during the Nairobi deliberations there may also be attempts to include in the final documents postulates for the complete decriminalisation of abortion, and moving the problem of abortion from penal law to laws associated with health care, or non-restrictive observance of legal standards concerning the prohibition of abortion.

One of the main items of the Nairobi Summit will be to promote universal access to sex education in its most permissive version by including it in national curricula. It is worth noting here that considering the unauthorised formulation of the recommendations of UN Committees (e.g. the Committee on the Rights of the Child[13]), it should be expected that there will be postulates to remove the need for parents' consent for participation in such classes. However, it has to be stressed that in accordance with the conclusions of the Cairo Conference and the Convention on the Rights of the Child, it is parents who should play the most important role in teaching about sexuality and reproduction, and their rights should be strictly respected.

Another item that will very likely be pursued at the Summit will be removal of all barriers to accessing medical services in the area of reproductive health, mainly for teenagers. The Summit Organisers may once again refer to the General Comments of the Committee on the Rights of the Child which, contrary to the treaty provisions, postulated removing the need to obtain the consent of teenagers to use medical services in the area of reproductive health, including access to hormonal contraceptives, so-called emergency contraception or "safe abortion".

The States should issue a clear statement, in which they will clearly oppose to the language of Nairobi Summit and the way it is organized.

[7] BIARRITZ PARTNERSHIP FOR GENDER EQUALITY Recommendations of the Gender Equality Advisory Council for advancing gender equality and the empowerment of girls and women and Call to Action, 29

[11] International Conference on Population and Development, Plan of Action, 8.19. 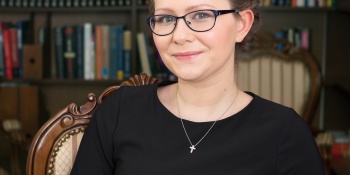 With a population of 16 million, Guatemala confirms its position as the leader of the Americas in the protection of human life at the prenatal stage of development.