· The Ordo Iuris Institute intervened in the case as a friend of the court, stressing that countries in whose history Christianity played an important role have the right to cherish their traditions.

· The European Court of Human Rights agreed with the Institute, pointing out that states have a wide margin of discretion in the area of relations between government and religion.

In 2018, five Irish citizens – four politicians from left-wing parties and one activist from an atheist social organisation – complained to the European Court of Human Rights about the obligation to take an oath with an invocation to God for certain offices in the state. According to the complainants, Articles 12 and 31 of the Irish Constitution, providing that candidates for the office of President or member of the Council of State must take an oath ‘in the presence of Almighty God’ before taking up the office, violate their right to religious freedom.

The Ordo Iuris Institute intervened in the case as a friend of the court. In the submitted opinion, the Institute provided an overview of legal regulations from around the world on oaths taken before taking up an office, pointing out that there are still mandatory references to God in many of them, e.g. Norway, Liechtenstein, Georgia or San Marino. The Institute explained that the obligation to swear an oath to God does not infringe religious freedom, but serves to accentuate the core values that influenced the founding and formation of a given country. European countries have the right to nurture their traditions, and they should be allowed a wide margin of freedom in this respect.

The European Court of Human Rights declared the complaint inadmissible, pointing out that the complainants could not be considered ‘victims' of a violation of Article 9 of the Convention in a situation where neither of them was a candidate for either the presidency or the Council of State. The Tribunal added that Europe is diverse in terms of its cultural and historical development, and therefore a wide margin of discretion should be left to states in the area of the relationship between government and religion.

- For many years, left-wing activists have been trying to force secularisation on states by filing complaints with the Strasbourg Tribunal. From their point of view, any presence of religious symbolism in the public space violates their freedom of conscience and religion. A few years ago, a Finnish woman living in Italy sought to eliminate crucifixes from school classrooms, claiming that the mere presence of a crucifix constituted an ‘indoctrination’ of her child. In 2011, the Grand Chamber of the Tribunal ruled that the presence of a cross in a school classroom does not violate anyone's rights, and that states have the right to cherish their religious traditions if Christianity is part of their heritage. In the latest judgment concerning Ireland, the Tribunal upheld the position, this time in relation to the issue of taking oaths with reference to God – stresses Weronika Przebierała, the Head of the International Law Centre at the Ordo Iuris Institute. 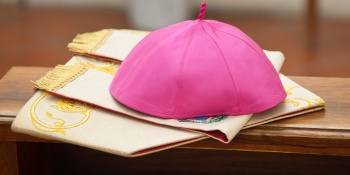 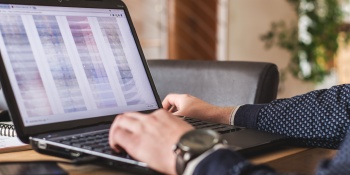 The Chancellery of the Prime Minister responded to the appeal of the Ordo Iuris Institute and Polish Journalist Association on fighting censorship on the Internet. The petition and report on this issue were submitted to the Chancellery in January this year.