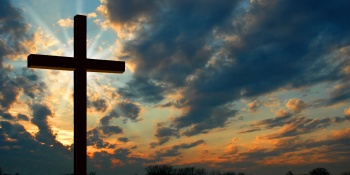 At the annual conference of the Organization for Security and Co-operation in Europe, the Ordo Iuris Institute organized a panel on the issue of hate crime and hate speech. Ordo Iuris experts pointed out that attacks against Christians and defenders of life are often ignored or downplayed in discussions on the subject.

During the panel devoted to hate speech, representatives of the Institute, Tymoteusz Zych, PhD, and Karina Walinowicz presented examples of hate crimes against Christians and defenders of life in Poland and around the world collected over the last few years. Among them one could find: reports from the Ordo Iuris Centre for Monitoring Freedom of Religion and Freedom of Conscience submitted since 2014 to the OSCE for the annual report on the scale of hate crimes from the European perspective. The Ordo Iuris reports present the large scale of acts of vandalism against Christians in cemeteries and churches, and threats to life defenders formulated by abortion activists. Moreover, examples of incitement to violence against Christians in the Internet tolerated by administrators of websites and social networking sites were also discussed.

Tymoteusz Zych, PhD, a member of the Board of Directors of Ordo Iuris, emphasized in his speech that the regulations on hate crime must be designed symmetrically and take into account the protection of all social groups, and that actions of the majority of society cannot be overlooked in the law-making process, as results from the principle of equality before the law and is confirmed by the case law of the European Court of Human Rights.

Ordo Iuris experts reiterated that one of the main objectives of the OSCE's efforts to criminalise hate crimes is to eliminate prejudices and tensions between social groups. However, their vague wording or piecemeal application only to certain groups leads to exactly the opposite effects, being at the same time an unacceptable violation of the principle of impartiality of public authorities.

The panellists expressed moreover a warning that criminal law provisions prohibiting hate speech and hate crimes can become a tool of instrumental political and ideological actions, as was the case for example in France, where a recently adopted law provides that "the exercise of moral or psychological pressure" on people considering an abortion is punishable by up to 2 years of imprisonment or a fine of up to 30 000 euros.

In their intervention, the panellists stressed that the wording of the Framework Decision of the Council of the European Union on combating certain forms and expressions of racism and xenophobia by means of criminal law, adopted in 2008, requires that criminal sanction be imposed also on glorification or denial of communist crimes against religion, which has not been implemented by a large number of Member States and is not recognized in the European Commission's documents.

The international conference "Human Dimension Implementation Meeting” of the Organization for Security and Cooperation in Europe is held in Warsaw every year and lasts for two weeks, during which government delegations and representatives of non-governmental organizations meet to discuss the state of human rights and freedoms in the world. Ordo Iuris has participated in the event for the third time.

Today, at the panel entitled: Child protection services - right to respect for family life, the right to a fair trial and rights of the child, representatives of the Institute present – in the context of systemic violations of the rights of families and children in Norway – the case a Norwegian citizen who is applying for asylum in Poland. 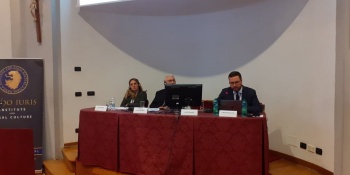