The Istanbul Convention is a document of a radically ideological nature, which introduces the concept of gender into Polish law through the back door. The Parliament received 150,000 signatures under the civic project of an act to denounce it and replace it with the International Convention on the Rights of the Family. The signatures were collected in a short time, despite the restrictions and the need to carry out the collection under the sanitary regime. The campaign was initiated by the Ordo Iuris Institute together with the Chrześcijański Kongres Społeczny (Christian Social Congress). A number of pro-family circles and organisations have joined in.

The application for registration of the Citizens' Legislative Initiative committee 'Yes to Family, no to Gender' was submitted to the Polish Parliament in August this year. The official collection of signatures started in October. By 28 December, a total of 150,000 signatures were collected under the project which aims to protect rights of Polish families.

The Istanbul Convention, more than five years after its ratification, is still controversial. The document is based on gender ideology, which perceives femininity and masculinity only as social constructs detached from biological reality. It includes an approach to human sexuality which is inconsistent with the Polish Constitution, in particular with Article 18 of the Basic Law, which protects marriage and family. This act also violates constitutionally guaranteed rights – to raise children in accordance with one's own beliefs (Article 48 of the Polish Constitution), to freedom of conscience (Article 53) and to protect children's rights (Article 72).

The Istanbul Convention uses the problem of domestic violence in an instrumental way to impose a radically ideological perspective on states. Its authors look at the origins of violence in the diverse roles of women and men, completely ignoring the actual causes of this phenomenon, as confirmed by research. The document does not deal with problems such as addiction, widespread access to pornography, sexualisation of youth and women in pornography or the breakdown of the family relationship. Statistics show that the scale of domestic violence is highest in countries that have adopted a gender-based model of combating violence, such as Sweden, Denmark and Norway. Every year, the convention raises more and more doubts on the international scene. So far, this document has not been ratified by 13 states of the Council of Europe. Hungary, Slovakia and Bulgaria, among them, did not ratify the act due to the extreme ideological nature of the Convention. Poland is the only country of the Visegrad Group that decided to ratify the Convention.

The Committee, in place of the gender document, proposes to start work on the international Convention on the Rights of the Family. Adoption of this act will enable protection of family autonomy against too far-reaching state interference. It will also ensure introduction of effective solutions to counter domestic violence.

“The Polish Parliament will now be obliged to start discussion on denunciation of the Istanbul Convention and its replacement with a positive alternative. The future of our state depends on decisions of the Polish Parliament – whether it will choose the path of truth, protection of fundamental values and human rights, or it will go towards ideological social engineering, which is already bringing dire consequences in the West. This decision will also affect the future of Europe – a chance to reverse negative tendencies directed at the family is the adoption of the Convention on the Rights of the Family, which, free from ideology and rooted in the heritage of human rights, will protect fundamental rights of the family and introduce effective anti-violence solutions”, emphasized Karolina Pawłowska, Director of the Ordo Iuris Center for International Law. 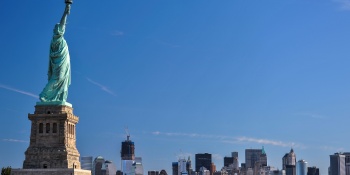 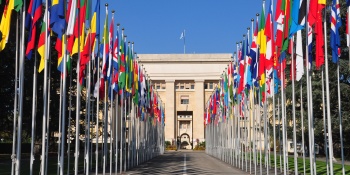