The bill initiated by the Ordo Iuris Institute, the Christian Social Committee and other pro-family organisations was signed by 150,000 citizens. The signatures and the bill were successfully submitted to the Speaker of the Sejm in late 2020. The law requires that the first reading of a citizens bill must be held within 3 months of submission and the 27th meeting of the Sejm of the Republic of Poland was the deadline for the first reading of the bill.

On behalf of the Committee, the bill was presented by former Speaker of the Sejm, Marek Jurek, who reminded that Polish law already had anti-violence regulations – the Istanbul Convention did not contribute any specific provisions to protect the vulnerable from violence. He noted that neither the introduction of nor withdrawal from the Convention would affect any single provision of the Polish Criminal Code. Marek Jurek also reminded that the goal of the bill’s initiators was to implement effective anti-violence instruments. They are supposed to show “Poland’s engagement in the protection of the vulnerable and against sexual abuse, domestic violence and other kinds of violence”.

Karolina Pawłowska, Director of the Ordo Iuris International Law Centre and deputy representative of the Initiative Committee, joined the discussion in the Sejm. She noted that, despite false claims, made also in the Sejm, the Institute had been for many years engaged in supporting victims of violence. The Institute frequently helps people who do not receive any assistance from competent institutions. She also recalled the actions taken by Ordo Iuris to combat violence, in particular the Foundation’s most recent activities.

“A few weeks ago, we proposed a comprehensive programme to support the domestic violence victims assistance system as well as to introduce more severe penalties for aggressors. We also started the website www.stopprzemocy.org that offers legal counselling to all victims of domestic violence. Together with representatives of the Legislative Initiative Committee ‘Yes for the family, no for gender’, we have invited all those who care for the wellbeing of women to hold an ideology-free discussion on how to successfully fight domestic violence”, stressed Karolina Pawłowska.

The Director of the International Law Centre also corrected untrue information about the Istanbul Convention raised during the debate by leftist politicians. She reminded that violence rates were higher in countries that had introduced the gender model of combating violence than in the countries that had not. This is proven by research of the European Union Agency for Fundamental Rights, the Organization for Economic Cooperation and Development and the World Health Organization.

Prior to the first reading, representatives of the Citizens Legislative Initiative Committee held a press briefing. The experts also repeated the solutions recently proposed by Ordo Iuris in order to combat violence. They include, among other things, higher penalties for offences involving domestic violence, mandatory therapy for offenders, changes in the child support law and a network of centres providing assistance to victims of violence. In association with the establishment of a new coalition against violence, the Institute invited representatives of public authorities, social organisations and academic institutions to round table discussion on anti-violence instruments. The event is scheduled for 29th March 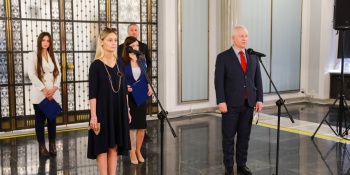 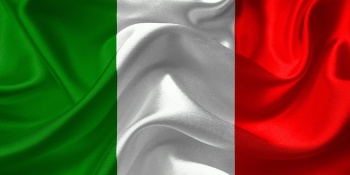