• The bill had been reviewed by the Chamber of Deputies since 2018, where it was adopted by the majority of 265 against 193 deputies.

• The bill poses a serious threat to the family, upbringing and freedom of speech by proposing severe penalties based on abstract definitions that detach sexuality from genetic and biological factors.

• The Holy See and Pope Francis officially oppose the bill.

“The freedom to have a different opinion, engage in pragmatic disputes and confront ideas would be replaced with a penal tool to cut short any discussion. The experience of countries that have introduced such measures shows that they radically limit discussion on sexuality, marriage, family and upbringing and eliminate fully authorised opinions from public debate”, says Attorney Rafał Dorosiński, Director of the Ordo Iuris Centre for the Legal Studies.

The bill, which sets out ‘measures to prevent and combat discrimination and violence based on sex, gender, sexual orientation, gender identity and disability’ (number in the Chamber: C.107, number in the Senate: S.2005), was brought to the Chamber of Deputies on the first day of its 18th term – on 23 March 2018 – by Deputies Laura Boldrini (elected on the same day as the Speaker of the Chamber) and Roberto Speranza. It is a repetition, with minor modifications and amendments, of the bill proposed on the first day of the previous term of the Chamber – on 15 March 2013 (print no. 254). On 4 November 2020, the bill was approved by 265 deputies with 193 votes against and was forwarded for review to the Senate. On 25 May 2021, the Commission held its first reading.

The bill consists of 10 articles. The first sets forth legal definitions of concepts related to gender identity:

In addition, the bill amends Article 604-bis of the Criminal Code, which imposes the penalty of up to one and a half years of imprisonment or a fine of up to EUR 6,000 for propaganda and incitement to commit crimes for reasons of racial, ethnic and religious discrimination. The bill proposes to add discrimination and violence based on sex, gender, sexual orientation, gender identity and disability to the existing list of crime reasons (racial, ethnic and religious discrimination).

This way (by adding reasons based on sex, gender, sexual orientation, gender identity and disability), it updates the Decree with the force of law of 26 April 1993 on the penalties for incitement to commit crimes.

One of the basic arguments against the bill is imprecision of the above definitions of ’gender’ and gender identity. These abstract ideas are put on a par with more specific concepts such as race, nationality or religion. Given the fact that the proponents of extending the concept of marriage to same-sex unions claim the affirmation of marriage and family to be ‘condescending’ and ‘discriminatory’, the bill poses the threat that persons and institutions whose opinions are contrary to those of LGBT organisations will be severely prosecuted under the Criminal Code.

Thus, the bill raises major concerns as to respecting the freedom of expression guaranteed both by the Italian Constitution and international treaties. Insofar as the reasons currently listed in Article 604-bis of the Italian Criminal Code are limited to concepts of fundamental importance for our civilisation - nation, ethnicity, race, statehood and religion - adding unclear categories coined by groups that engage in homosexual practices might significantly limit the freedom of speech.

Importantly, the Italian legal order already provides for a number of penal and other measures to prevent violence against anyone, regardless of their specific traits or self-definitions. They include the right to be protected against defamation and penalties for illegal threats and for violation of bodily integrity. In turn, under civil law one can pursue, inter alia, liability for damages.

On 17 June 2021, the Secretariat of State of the Holy See issued a special note (Nota Verbale) to the Italian Government claiming that the bill in its current form contradicts Articles 2.1 and 2.3 of the Concordat between Italy and the Holy See of 18 February 1984, which guarantees full freedom for the Catholic Church to fulfil its pastoral, educational and charity mission as well as full freedom of expression for believers and their associations. In an interview on 24 June, Cardinal Giovanni Battista Re, Dean of the College of Cardinals, confirmed that Pope Francis had approved the full text of the Note. 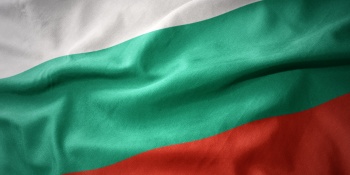 Ordo Iuris intervenes in Strasbourg to defend the identity of marriage

• Two Bulgarian women have filed a complaint to the European Court of Human Rights against their own country, whose authorities refused to register their ‘marriage’ concluded in the United Kingdom. 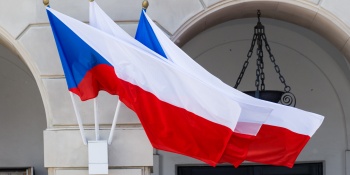 • The Constitutional Court of the Czech Republic ruled that the constitution excludes the legal possibility of equating civil partnership with the institution of marriage understood as a union between a woman and a man. 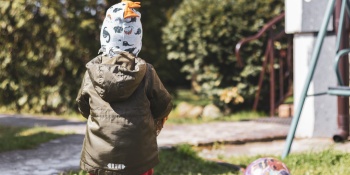 Consultation on the recognition of homoadoption. Ordo Iuris’ criticism sent to the EC

• Public consultations on the legislative initiative on the recognition of parenthood between Member States, announced by the European Commission in April, are underway.

Scandalous order of the ECtHR: Russia must introduce civil unions, in spite of the opposition of most Russians and it does not stem from the Convention

● Three same-sex couples sued Russia before the European Court of Human Rights, demanding almost EUR 80,000 in compensation for ‘harm and expenses’ incurred as a result of their inability to marry.

● The ECtHR ruled that Russia had violated their right to respect for private and family life, but refused to award the amount requested.