· The institute pointed out the ineffectiveness of implementing ideological content in UN program documents and policies, as well as positive solutions applied in Poland in the field of education and sustainable development.

· Among other things, Ordo Iuris stressed that, as research shows, countries where a permissive C-sex education model has been introduced have higher rates of sexually transmitted diseases or sex crimes.

The 56th session of the Commission on Population and Development (CPD) will take place from April 10-14, 2023. This year's focus will be "Population, Education and Sustainable Development," which are closely related to Chapter XI of the Programme of Action adopted by the International Conference on Population and Development (ICPD) in 1994 and Sustainable Development Goal (SDG) No. 4, which deals with education. These documents indicate, among other things, that for education on population issues to be most effective, it must begin as early as elementary school and continue at all levels of formal and non-formal education, taking into account the rights and responsibilities of parents and the needs of children and adolescents. Where such programs already exist, curricula should be reviewed, updated and expanded to ensure that issues such as "gender sensitivity," "reproductive choices and responsibilities," and sexually transmitted diseases, including HIV/AIDS, are adequately addressed.

Organizations with special consultative status for ECOSOC, including the Ordo Iuris Institute, may submit positions related to the topics of the upcoming session. The document submitted by the Institute points out that the 1994 International Conference on Population and Development held in Cairo, which adopted the aforementioned "Program of Action," was a landmark event in terms of the concept of reproductive and sexual rights. At that time, terms such as "reproductive health," "sexual health" and "reproductive rights" were used for the first time in official international discourse. At the time, ideological disputes over the definitions of these terms (within the scope of which feminist circles wanted to include the so-called right to abortion) led to women's needs for maternity, perinatal care or the fight against infertility being marginalized. Although more than a quarter of a century has passed since the Cairo Conference, problems such as maternal mortality, the many health complications affecting women after childbirth, the excessively high rate of cesarean sections and other medical interventions, have still not been fully addressed today. Instead, the Cairo Conference laid the groundwork for promoting abortion internationally by including legal abortion in the scope of so-called reproductive health services and introducing the term "safe abortion," understood as any legal abortion. This laid the groundwork for demands to legalize abortion, which would supposedly make it "safe."

Referring to education, the Institute pointed out that Type C sex education is far less effective than the Type A education currently used in Poland. The assumptions of the sex education program, such as preventing teenage pregnancies, reducing the incidence of sexually transmitted diseases, delaying the age of sexual initiation or reducing the number of sexual offenses, are not being realized in countries that have adopted the Type C sex education model. According to the data, in Poland the average age of sexual initiation is almost two years higher than in Germany or Sweden. The rate of newly detected cases of hepatitis C, per 100,000 people in 2014 in Poland was 9.3, while in Sweden it was 18.5. In the area of sexual crimes, it should be noted that the rate of such crimes, including rape, per 100,000 people in 2017 was about 8 in Poland, 42 in Germany, 83 in Denmark and 189 in Sweden. These data show that Poland can be an example of how Type A sex education has positive effects in the above-mentioned areas.

"Both education, population issues and the promotion of sustainable development should be based on biology, responsibility and morality, which form a coherent whole. Poland is an example of a country that implements the UN Sustainable Development Goals in a way that is detached from ideological concepts, and supports both education and procreative health - allocating adequate resources for maternal and child prenatal care, as well as diagnostics and health care for mothers and young children." - Anna Kubacka, an analyst at the Ordo Iuris Center for International Law, noted. 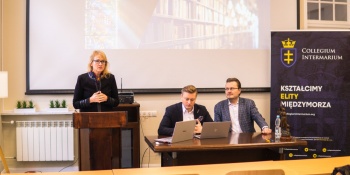 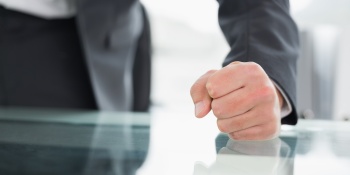 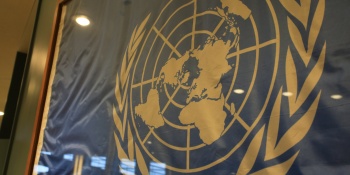