· Both the registry office and the courts refused to delete the annotation, pointing out that the law did not provide for such a possibility.

· The woman complained to the European Court of Human Rights, alleging that the annotation on her birth certificate caused her mental suffering.

· The ECtHR dismissed her complaint, pointing out that the applicant had not shown that she had experienced any negative consequences in relation to the mention of her biological sex on her birth certificate.

In 2014, the woman lodged a complaint with the European Court of Human Rights, accusing Polish courts of violating her right to a private life (Article 8 of the Convention). In her application, she argued that the marginal mention of her biological sex on the birth certificate caused her “mental suffering”.

In 2022 the Strasbourg Court dismissed the complaint, pointing out that the applicant had not shown that she had experienced any negative consequences or difficulties in connection with the marginal mention of her biological sex on her birth certificate. The ECtHR pointed out that the marginal mention is visible only in the full version of the birth certificate, while the abbreviated excerpt only shows the current, preferred registered gender. The birth certificate is in principle not available to third parties (not counting civil registry office officials), and the submission of its full version in official matters is required only in extremely rare situations (e.g. in the case of adoption or applying for foreign citizenship). Thus, the risk of disclosing embarrassing information is minimal. Therefore, in the opinion of the Court, there are no reasons to question the Polish system of the birth registry, especially as the annotation in question on the birth certificate may be necessary in certain situations to prove the events that took place before the correction of the gender registered at birth.

“The ruling of the Court in Strasbourg generally deserves approval because it confirms the foundation of the law of civil status, which is the principle of objective truth. Civil status records are to reflect the actual state of a given person. Therefore, a person who has changed their sex may not demand that the annotation about a real event, which was the correction of the registered sex, be deleted from their birth certificate, referring to unspecified psychological discomfort. The ECtHR presents a similar position in cases concerning children brought up by homosexual couples, where the parent's partner demands that he/she be entered in the birth certificate as the child's father or mother, despite the lack of biological kinship. Also, in this case, “the Court affirms the right of states to keep a birth registry in a manner consistent with the facts, even if it hurts someone's subjective feelings”, noted Weronika Przebierała, director of the International Law Centre of the Ordo Iuris Institute. 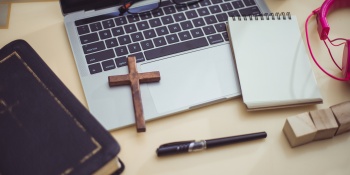