On the 27th of May 2020, two representatives of the European Commission – Mr Joost Korte, Director-General of the Directorate General for Employment, Social Affairs and Inclusion and Marc Lemaître, Director-General of the Directorate General for Regional and Urban Policy of the EC – addressed a letter to the Marshals of the Lublin, Łódź, Małopolskie, Podkarpackie and Świętokrzyskie Provinces which by some commentators of public life was interpreted as suggesting (groundlessly) the possibility of withdrawing European funds from the aforementioned provinces. A similar interpretation was presented by the Ombudsman.

It is claimed in the letter that the Regional Councils of the aforementioned provinces have adopted ‘discriminatory declarations, standpoints or resolutions directed against LGBT persons’. They allegedly ‘resulted in citizens’ fear of discrimination from institutions, beating by other citizens or job loss’. The Authors even suggest that these authorities ‘regarded the presence of LGBTI persons as undesirable in areas managed by them’. It is easy – and embarrassing – to see that the letter is based on distortions, conjecture and false accusations.

Local Government Charter of the Rights of the Family

First of all, it is surprising that the Marshal of the Łódź Province was among the addressees of the letter. That Regional Council of that province has not adopted any position, declaration or resolution to which the text of the letter seems to refer. Its Authors may have meant the Local Government Charter of the Rights of the Family (Samorządowa Karta Praw Rodzin – SKPR) co-elaborated by the Ordo Iuris Institute, which the Regional Council of the Łódź Province adopted with significant amendments on the 28th of January 2020. The entire document is based on the axiology adopted in the Polish Constitution and affirms the principles expressed in it. Not once does the acronym ‘LGBT’ appear in it nor any kind of reference to sexual proclivities or preferences. Referring to a number of provisions of the Constitution, the standpoint of the Regional Council mentions 13 demands; in order to show their character, we will present three of them: ‘emphasising the role of family in the creation of programmes of co-operation with social organisations’, ‘considering the rules of respect and integrity of family by creating provincial prophylactic programmes aimed at the prevention of violence, alcoholism and drug addiction and aimed at helping their victims and implementing health policies’ and ‘supporting families bringing up children, including large families, and promoting solutions that make it easier to take care of children’.

The protection and care of marriage as a relationship between a woman and a man, family, maternity and parenthood, as well as taking into account the good of the family in social and economic policy constitute the implementation of the provisions of the Constitution of Poland. These norms provide support to the basic unit of society and, as such, are beneficial to the whole society, irrespective of the individual sexual preferences of some citizens. None of the demands of the Charter changes the legal situation of persons living in cohabitation within relationships other than marriage.

Thus, if in fact the Directors really express their objections towards the Local Government Charter of the Rights of the Family, then either a serious error has occurred or the Authors of the letter have not read the document they criticise. In this situation, all we can do is request Directors to read it – the text of the standpoint of the Regional Council of the Łódź Province is available on the website of the Bulletin of Public Information of the Marshal's Office of the Łódź Province[1].

In the event that the Authors actually read the text of the standpoint before formulating the claims contained in the letter, it is reasonable to ask which of the provisions of the Local Government Charter of the Rights of the Family are in the opinion of the Authors contrary to Polish or European law? What kind of discrimination would be involved in the repetition of rights guaranteed by the Constitution of the Republic of Poland, and in what reasonable manner could this affect ‘fears of beating by other citizens or job loss’? Finally, is the position presented in the letter the official standpoint of the European Commission or only the persons who signed it? The Ordo Iuris Institute will ask the European Commission to answer these questions.

Resolutions regarding objection to LGBT ideology

The other aforementioned Regional Councils of provinces adopted the positions in which they object to ‘activities oriented towards the promotion of the ideology of LGBT movements’, the goals of which ‘violate fundamental rights and freedoms guaranteed in the acts of international law, question the values protected in the Polish Constitution and interfere in the autonomy of religious communities’. Contrary to what the Authors of the letter claim, it is not true that these resolutions establish ‘LGBT-free zones’. This term does not appear in any of the adopted resolutions. It should also be emphasised that:

1) equality before the law, meaning the requirement of equal treatment by public authorities in the application of the law;

2) equality in law, meaning the requirement of forming the content of legislation (law-making) in consideration of the principle of equality.

However, in the contested positions there is no application of law towards entities being addressees of legal norms and no law-making. This fact alone renders the claim of discrimination completely irrelevant.

The doubts expressed as to the discriminatory character of the positions are not accompanied by an indication of how any Polish or European provisions would be violated and how specifically the rights, freedoms or obligations of entities (their legal situation) would be changed. The very existence of legal norms prohibiting discrimination does not prove their violation.

Resolutions of local authorities ‘against LGBT ideology’ are consistent with the Polish law, which was confirmed by the Provincial Administrative Court in Kielce by issuing the resolution of the 30th of September 2019 regarding the position adopted by the Regional Council of the Świętokrzyskie Province and rejecting the complaint directed against that position.

Incidentally, it should be noted that, unfortunately, a similar position based on groundless accusations (including ‘different treatment’) was presented by the Ombudsman in a letter to the Minister of Funds and Regional Policy. The Ordo Iuris Institute provided an elaborate answer to the Ombudsman’s accusations concerning the allegedly discriminatory character of the said positions in letters[6] submitted to administrative courts before which the Ombudsman challenged selected resolutions on ‘objection to LGBT ideology’.

The questioning by the Authors of the letter of ‘the ability of regional managing institutions to ensure conformity with the horizontal principle of non-discrimination in the implementation of programmes of European structural and investment funds’ must be regarded as being groundless.

According to Art. 6 of the Regulation of the European Parliament and of the Council (EU) no. 1303/2013 of the 17th of December 2013 referred to in the letter, operations supported from European Structural and Investment Funds (ESIF) are consistent with the applicable provisions of EU and national law relating to its application. Art. 7 of this regulation provides for the prevention of all forms of discrimination at the stage of the preparation and implementation of specific programmes. However, the positions of the aforementioned Regional Councils, as indicated, do not have European funds and programmes as their subject-matter, but the postulates of LGBT organisations that arouse wide political controversy. These positions do not violate any of the Polish and EU provisions and remain consistent with the fundamental rules specified in Article 2 of the Treaty on the European Union. As regards Directive 2000/78/EC mentioned by the Authors, it was implemented in Poland by the Act of the 3rd of December 2010 on the implementation of certain provisions of the European Union relating to equal treatment.

The demands of LGBT organisations regarding marriage, family, sexuality and education are undoubtedly one of the most controversial issues in Polish (and not only) public debate. As has been highlighted above, refusing the Regional Councils right to express their own opinions on these issues would underscore the groundless restriction of such right. As indicated in the existing jurisprudence, a comprehensive public debate concerning issues relevant to society and the state is in the public interest[7]. Moreover, as the Supreme Court indicates, an essential condition of public debate is ‘the participation of all interested parties with the same rights while maintaining freedom of expression’[8]. The letter signed by Directors M. Lemaitre and J. Korte should be assessed as based on unsuccessful accusations and aimed at censoring public debate in regional local government communities. 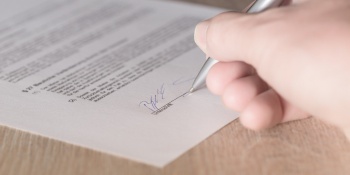 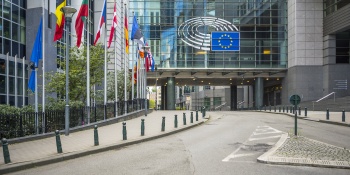 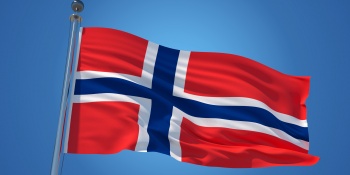 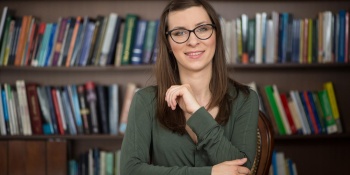 The elections in the European Union are an opportunity to summarise the most important activities of the 8th European Parliament, as well as the activity of Polish MEPs in matters relating to the protection of life from conception, the identity of marriage, or the right of parents to raise children in accordance with their own beliefs.