· The Institute reminded MEPs that no Polish local government has declared itself such a zone, and the myth about their existence is the result of the happenings of the activist Bartosz Staszewski.

· Ordo Iuris also emphasized that research indicates that the level of discrimination against people identifying with the LGBT movement is lower than in many Western European countries.

- The myth about the existence of the alleged "free zones" in Poland is very widespread in the West. At the same time, it has become a convenient reason to attack Poland, which presents itself as a state that discriminates against specific groups both systemically and socially. Meanwhile, Polish law protects everyone against discrimination to the same extent, and the Constitution guarantees equality for all. It is this true equality that is a salt in the eye of left-wing activists who in their postulates de facto demand privileges that discriminate against the rest of society, emphasized Anna Kubacka from the Ordo Iuris Center for International Law.

The films were published by the European Parliament on May 17. MEPs such as Robert Metsola from Malta, Terry Reintke from Germany and Marc Angel from Luxembourg presented Poland as "one of the worst examples" of countries allegedly discriminating against people describing themselves as "LGBT". This is suggested by the alleged "LGBT-free zones" and "anti-LGBT law".

In the memorandum delivered to the MEPs, the Institute indicates that Bartosz Staszewski is responsible for creating this type of myth. This activist organized happenings in which he placed signs with the words "LGBT-free zone" at the entrances to selected towns. As he himself emphasized, his action was a response to the appearance of this statement in the public debate, and not to the emergence of any law.

As Ordo Iuris points out, no local government unit in Poland has declared itself a "LGBT-free zone". Only some communes, poviats and voivodships implemented non-legally binding positions in which they expressed opposition to the promotion of the ideological postulates of the LGBT lobby. These local governments unequivocally emphasized that their acts did not concern people with specific inclinations, but political movements. Moreover, these resolutions respond to the so-called LGBT declaration published in 2019 by the Warsaw authorities. This document introduced privileges for certain minority groups, against the principle of equal treatment.

The Institute also indicated in the memorandum of research by the Fundamental Rights Agency on the situation of people identifying as "LGBT". They indicate a relatively low level of discrimination against such people, compared to the situation in other countries of the European Union. For example, in Poland, 6 percent. of such people have always experienced negative behavior at school, and 25 percent. often. The EU average is 10 and 28 percent, respectively. A comparison with the results of surveys in other countries shows that Poland ranks last in Europe in terms of the manifestations of intolerance registered by respondents.

Moreover, in the European Union, an average of 46 percent. people identifying with LGBT groups experienced mockery or threats. In Ireland and Belgium, this indicator reached 50%. In Poland, it was 39 percent. Such persons also experienced problems with finding a job, difficulties in accessing medical services or inappropriate behavior of medical personnel less often than the EU average.

In the memorandum, the Institute also mentioned the Local Government Charter of Family Rights prepared in 2019 by a number of pro-family organizations. Ordo Iuris notes that in the resolution of the European Parliament of March 2021, there were many false statements about this document. The charter was recognized by MEPs as an act allegedly discriminating against people who describe themselves as LGBT. In fact, this abbreviation never appears in the document. The charter, on the other hand, aims to strengthen the family as the basic social community and guarantee its protection against the influence of ideologies that deny its autonomy and identity. It also supports parents in exercising their constitutional right to raise their children in accordance with their beliefs. 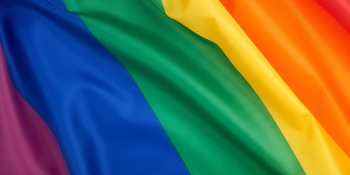