Collegium Intermarium: a place of truth in the times of “cancel culture”

• With the beginning of the academic year, the Collegium Intermarium University will begin its didactic activity.

• The inauguration will have the form of an international conference “Collegium Intermarium: the place of truth in the times of cancel culture”. It will take place on 1 October.

• The conference aims to show the challenges facing the academic world in the era of the so-called cancel culture, i.e. ideological attacks on the freedom of scientific debate and expression.

The Collegium Intermarium aims to create a platform for reliable academic debate and cooperation between scientists, mainly from Central and Eastern Europe. The university aims to return to the classical idea of a university. The implementation of this idea is hindered by aggressive ideological attacks that exclude certain people and value systems from public space (including university space).

The event will be attended by experts from different parts of the world. One of the participants will be Sohrab Ahmari – writer, author of many bestsellers, publicist, opinion editor in the New York Post. The conference will also be attended by Princess Ingrid Detter de Frankopan – head of the Department of International Law at the Collegium Intermarium, who for years advised Pope John Paul II. Professor Adrian Vermule, Harvard lecturer, will also be a speaker. The Polish academic community will be represented, for example, by Professor Anna Łabno, former Speaker of the Sejm Dr Józef Zych and Dr Tymoteusz Zych – Rector of the Collegium.

Politicians will also participate in the event. Speakers will include Marion Maréchal – former member of the French National Assembly, founder of the ISSEP college. The conference will also be attended by government representatives – Balázs Orbán, Minister in the Office of the Prime Minister of Hungary and Chairman of the Board of Trustees of Mathias Corvinus Collegium in Budapest, and Paweł Jabłoński, Deputy Minister of Justice of the Republic of Poland. Croatian MP Dr Stjepo Bartulica will also be in attendance, as will MEP Anna Záborská from Slovakia.

The event will take place on 1 October at the Institute of Culture and Rural Heritage in Warsaw – at ul. Krakowskie Przedmieście 66. The event will begin at 10 a.m.

- One of the key causes of the crisis in the contemporary academic world is censorship tendencies, which exclude from the debate any opinion contrary to the mainstream paradigm. This tendency to “cancel” uncomfortable views is called “cancel culture” and poses a serious threat to academic freedom. Collegium Intermarium, striving to defend the truth, is the place where free and reliable academic debate always takes precedence over the ideological approach – emphasises Jacek Władysław Bartyzel, head of the university’s PR department. 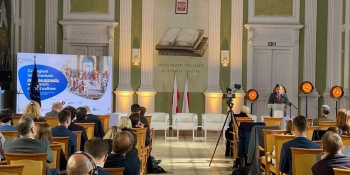 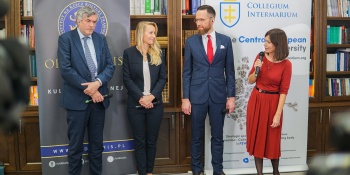